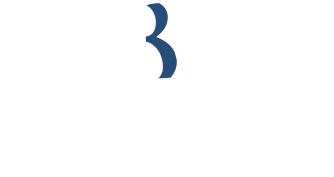 When do I need a party wall agreement in Oxford?

When do I need a party wall agreement?

Serving notice can be done using appropriate an party wall surveyor.  A letter of acknowledgement for the neighbour to complete and return is usually included.

A homeowner has to give two months written notice on building works which affect a party wall or boundary, or one month’s notice for excavations.

Planning permission is not needed to serve a Party Wall notice, and once notice has been served, the homeowner has up to a year to start work.

Once notice is served, a neighbour has fourteen days to respond, after which, there are three possible outcomes:

ii) If the neighbour dissents (or if they do NOT reply within 14 days, in which case, they are assumed to have dissented), a Party Wall Award is required

iii) Each owner appoints their own surveyor. However, this is expensive for the homeowner who is responsible for the costs of their neighbour’s surveyor as well as their own.

It is important that all these options available to the neighbour, are explained clearly in the notice.

Here at Lynch Brother Homes we are happy to guide you every step of the way, we have a nominated Party Wall Surveyor in place ready to take the stress away from your projects.

Ready to start your project?